About 18 months ago I needed a new tv. I’ve always been a Sony fan, or at least, faithful to Sony, and their Trinitron sets were beautifully designed with great pictures.

The set I picked up was a 43″ Android tv set. It was a new model, and you pay through the nose, of course. But I wanted something that would be future proofed. 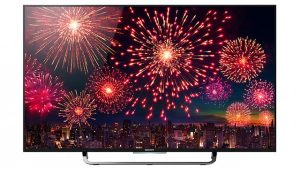 So, the good. It works brilliantly with my Sony tablet, and my Synology network storage, and my Netgear router. Chromecast is all built in, so no need for a dongle, and watching things on the screen from the tablet is dead easy. This is not a review of the tv as such, but the picture quality is very good (I need more 4K content), and the sound is, well, what you would expect, but connectivity is decent enough and more than I need (I added a usb memory stick to extend the set’s internal memory).

The bad is with the Android tv. Setting it up was a nightmare, requiring numerous re-starts to get it to recognise external devices. Because it’s Android, you get updates. As you would expect, straight out of the box needed an update, and we are talking 40+ minutes here.

The Android interface is clunky. There are some apps available, CNET for example, but the emphasis is on games for children.

The tuner part is a problem. Switch it on sometimes, and you get ‘Can’t show live tv, you have no channels’, even though live tv is on in the background. Changing channels can be a nightmare, especially after switching on from standby. If it’s not on the channel you want, you may have to wait 5 minutes for it to react. Sometimes it sticks on a channel – type in a number (eg 101) and it makes as if it is changing, but you are still where you were.

The programme guide is sluggish and you can’t set reminders. Nor can you record.

Every time you switch it on you get ‘no internet connection’, which is not true.

The model is no longer available, but others must be. What are your experiences?