I worked in a camera shop for five years. It was seasonal work, by the seaside during the summer. This was the 1970s.

We sold what I would call analogue equipment, cameras with films, not digital, and on a sunny day we could be so busy. One year we had an actual shortage of film stock.

People on the beach would take snaps. The most popular cameras were Instamatic 126 film. The film comes in a plastic cassette with one big end and one small. Drop it in the camera, close the back, wind on to picture one, where it would lock, and get snapping. 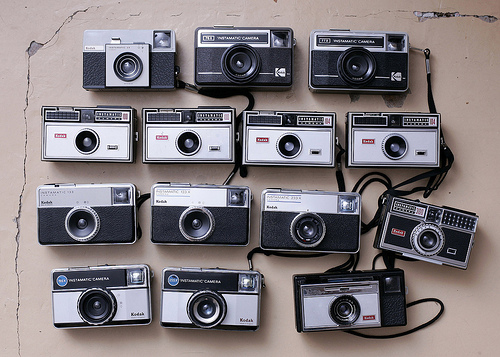 It was a pretty simple system, but there were still people who wanted you to load the film for them. Memories of roll film, I suppose.

The cameras were usually fixed focus, meaning anything from a few feet to infinity would be reasonably sharp. Mostly the cameras were mechanical, you wound on to the next shot by hand. Flash was usually a cube on top of the camera. It held four bulbs and was usually pretty useless. No that’s not fair, let’s say people expected it to do more than it could.

The biggest problem was the beach. Sand would get into the camera and block the locking mechanism, so the film would just wind through. We found a simple fix: bang it on the shop counter. Not a complete fix, only a complete clean would do that, but it did.

There were alternative systems. Agfa had one called the Rapid. 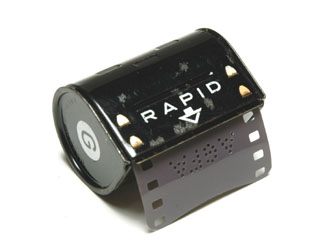 It was never a huge success, and the method never quite convinced that it was reliable, so you could open the back to find unused film.

Kodak also brought out the 110 system, a micro 126, but the picture quality was rubbish.