A wizard is giving his three pupils a final test. 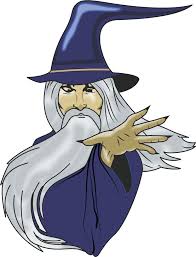 He tells them he has five hats, two black and three white.

The pupils must close their eyes, then each will have a hat put on their head. The remaining two hats will be hidden. Then the pupils can open their eyes.

The first to deduce what colour hat they have will win.

So, they do that. The pupils are not allowed to ask questions, there are no mirrors and they cannot see their own hats.

There is a long pause, and the one says… what?